Home Marketing Did Advertising Just Get Even Harder? 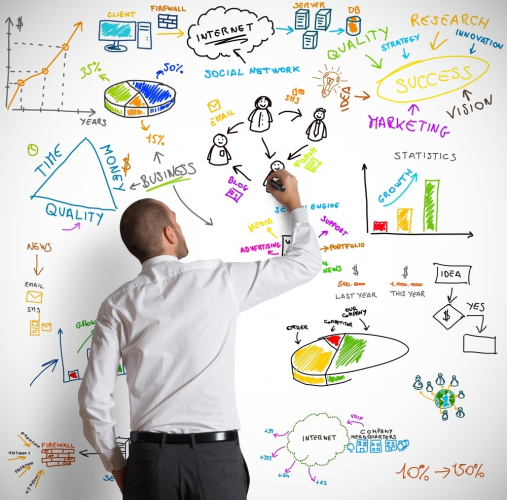 Did Advertising Just Get Even Harder?

Time has, throughout many years, distorted marketing to unrecognizable fragments. It has flooded the baseboards, soaking their delicate frames in harsh, torrential downpours, and left in its dampened wake, soggy and warped remnants of what used-to-be-advertising. Gone are the days of a boisterous middle-aged voice, crackling about Wonder Bread. Board room meetings with eyes riveted to a savvy story board presentation are but fond memories and clever TV shows. Consumers no longer leave the kitchen table with finger tips stamped grey with ink, a casualty of searching the Sunday paper for dress and suit sales. The world has gone digital at a rate no one could have predicted, save perhaps President Roosevelt when he stated in 1939 that “Television is here.”

The integration of targeted digital advertising has broadened the possibilities for objective clientele, making marketing to large populations smarter and easier than it has ever been. Perhaps the most popular trend in digital targeted marketing are “second-order activities” which aid as a proxy for consumer characteristics such as demographics and behavioral variables. These are the personalized advertisements you see on your Facebook, Google searches, and Twitter feeds. This type of marketing will track your keyword searches as mobile or web traffic, and associate the webpage to cater such interests. It happens to be not only a very popular form of advertising, but also an incredibly successful means of marketing.

Now, let’s talk about how this all really works. It’s Monday—you just spent the weekend looking after your in-laws cranky cat, who also happens to be a mouth breather (and likes to hog the pillow) and the last thing you want to do is suck up to your boss at 8am before your first cup of Joe. In an attempt at avoidance, you launch Google and begin to look at Vera Bradley’s latest paperclip collection (and yes, they <i>do </i>in fact come in dark pink baroque print.) That’s when you open a new tab and begin Facebook chatting your cousin Sally about what a pain Twinkles the cat is with his morning breath. But wait, what’s that small box in the corner? A Vera Bradley stapler, sticky notes, and paperclip bundle on Ebay for $15.99? This deal is just too good to be true. So of course you click the picture and discover that, lo and behold, there is a God of office supplies. Forty minutes and $15.99 plus shipping and handling later, you have successfully avoided your boss, become the proud new owner of a feminine stapler, and fed the world of marketing by increasing EBay’s impressions, utilizing their hard earned dollars spent toward CPIs, and reinforcing the functionality of targeted advertising.

Now, that may have been a silly hypothetical to help you understand targeted marketing, but the sad and somewhat scary truth is that, although website traffic is completely measurable, it is estimated that 36% of this traffic is non-human. That doesn’t really make sense, does it? In this sense, non-human—not to be confused with the vampire or zombie craze—is most likely a software bot that infiltrates a server, sending out false impressions, giving the appearance of a very popular website. What could be so bad about making a website look popular, you ask? Besides the fact that its morally corrupt, it leads companies to believe that the website has a high volume of visitors, in turn, causing them to spend money advertising to people that don’t exist. In fact, it is estimated that about $180 million annually is lost to fraudulent website traffic. If you do the math, you could use all of that dough to buy Twinkles a lifetime supply of breath mints, and maybe even a fur-lined kitty bed.

According to Ad Age, as many as 10 traffic networks are serving around 500 million false impressions every month. Yikes! So just one question remains: Why? Generating fake web traffic creates attractive numbers, but does little to nothing for actual traffic generation and the improvement of brand recognition. Many times, bots will be used to generate fake traffic, in turn skewing numbers and bogging down the sites server. Companies have been known to outsource traffic generation, and are unknowingly being infiltrated with these savvy bots that are only hurting their business and costing lots of money in the process. It seems to be all about money in this case, as far as I can figure out. According to Ben Edelman, a Harvard Business School professor who tracks web traffic, “[companies] sell plenty of non-user-initiated traffic such as adware, popups, forced visits, and the like.” He continued, “For most advertisers, this isn’t what they’re looking for. It’s the very opposite of targeted traffic.” In other words, this is very, very bad news for the world of advertising. It may even rival Rachel Law’s creation of the vortex. You know her; the girl that could have ended the world of targeted marketing with her creation. There is hope, though. Companies such as MdotLabs have been established to identify this phony traffic.  For now, it seems that all the small companies can do is hope their traffic isn’t being affected by fake ad impressions. So what’s the takeaway lesson here?: targeted marketing, good; fake web traffic, bad.