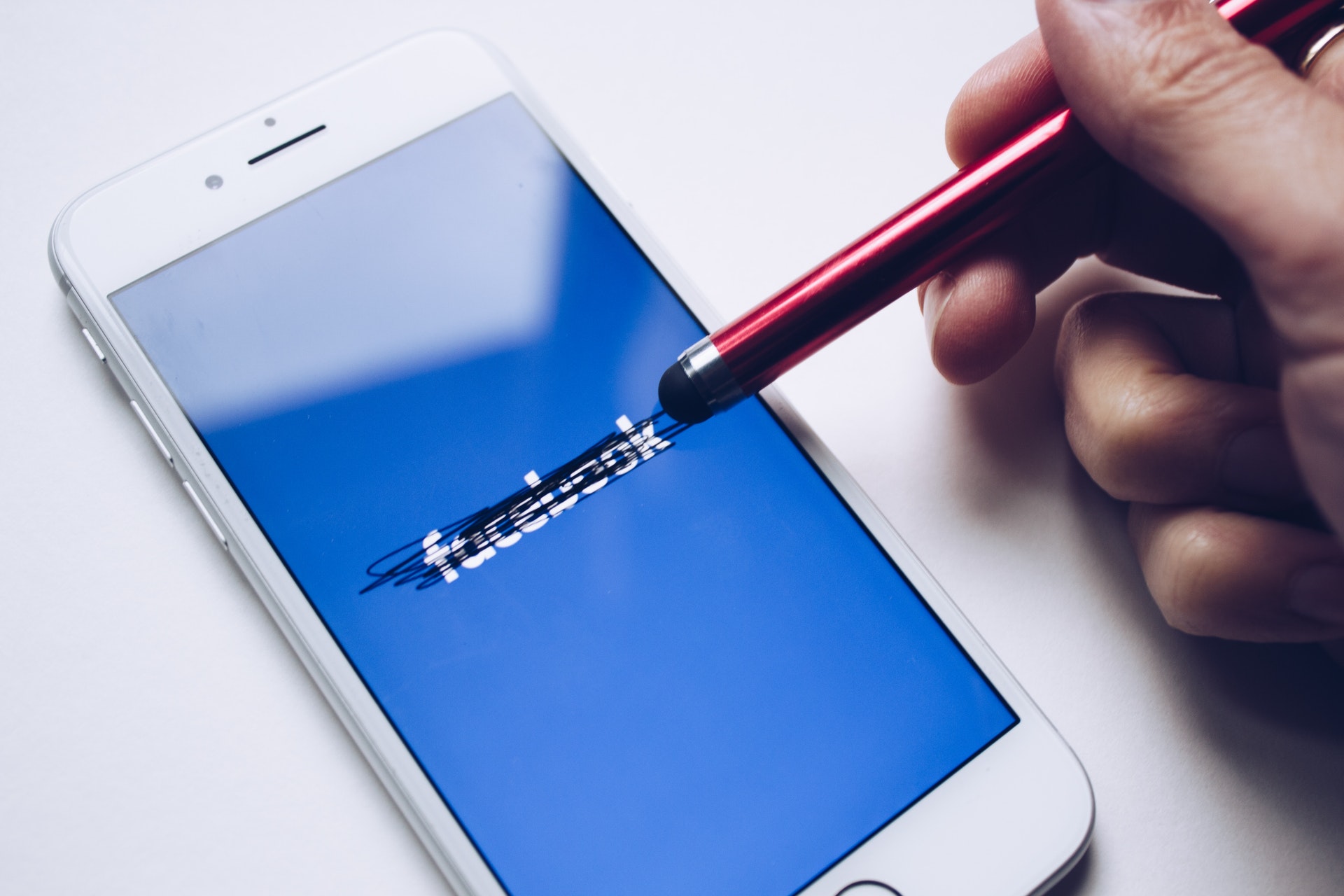 This whole Apple vs Facebook kerfuffle has been mildly amusing to me (this is Jeff writing), mostly because of how childish it’s gotten, but I have my eye on it for a lot of reasons. We run Facebook ads for some of our clients. They work… sometimes – better for some products and services than others. I don’t have any direct concerns as far as advertising strategy for our clients, but I do have concerns about the tone Apple is setting as they conflate behavioral data collection with an invasion of privacy. I’m concerned about the impact of that scaremongering on digital marketing in general. The promise of digital marketing has always been the data-driven targeting. It has allowed small businesses, even those without a physical location, to find an audience and create a path for themselves that would not have existed without behavioral data collection and personalized ads. Further erosion of digital marketing’s promises of targeting efficiency and conversion effectiveness is going to cripple the small businesses that rely on them, making the internet more power concentrated and oligopolistic, not less.

There’s a decent article about the Apple/Facebook fight on CNBC that mostly takes Apple’s side. The full link is below, but here is a snippet that I want to respond to:

“It’s also difficult to buy Facebook’s stated argument against the pop-up. For years the company has argued that its users prefer the personalized and targeted ads that its data collection enables, as opposed to random ads served to a broad audience with no targeting. If that’s true, then users should have no problem enabling the tracking when Apple shows them the pop-up.”

While this may seem true on its face, the author was being far too facile about how technology users think. Even though they are two sides of the same coin, there is a major gap between preferring personalized ads (personalization sounds inviting and friendly) and agreeing to be tracked (tracking sounds ominous – this is on purpose). People can prefer something without being fully cognizant of the mechanisms by which that preference is being delivered. They can also be manipulated away from that preference if they are told it is being achieved via mechanisms that will harm them. Apple is peddling fear. This is a wildly material component of this debate. Yes, of course people prefer targeted advertising. The results speak for themselves. But everyone is also being bombarded by propaganda from Apple, politicians, and news outlets to believe that data collection, the dreaded “tracking,” is fundamentally nefarious. A minuscule amount of people are going to opt into that prompt when the largest words in the title are “track your activity.” If the large copy said “opt into personalized ads” with “data collection” in the subtext, many more people would say yes to it. The messaging here matters, and Apple’s messaging, while clear and straightforward, is underpinned by scaremongering.

For contrast, when you are booting up a new iPhone and Apple wants to collect usage data for crash reports, bug fixing, personalization, etc… they don’t use the word “tracking” at all. They ask gently if you’ll agree to data “collection,” which is a much less intimidating word than tracking. Here is Apple’s Facebook setup warning contrasted with its own hand-holding, kumbaya-singing language about data “collection.” The tone shift is as obvious as it is hypocritical. 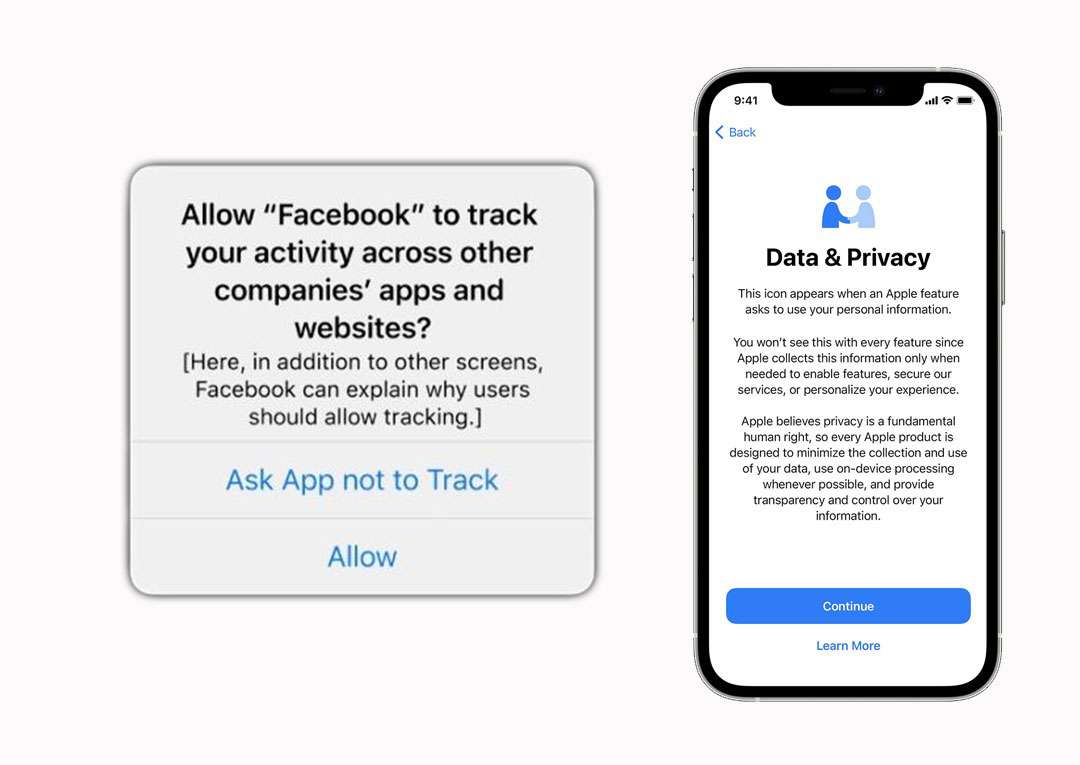 Data brokering is the entirety of Facebook’s business model, and this move by Apple is a major blow to not just Facebook, but the entire advertising industry, and small businesses who rely on high performing niche-targeted ads. Here’s a novel idea… if you don’t want to trade your data for free ad-supported services, don’t use Facebook. Apple doesn’t need to be the white knight that saves people from their own decisions via coercive, fear-based warnings. There are millions of apps with different business models that people can use to connect with each other, but people want social media for free. Free means ads, and ads means data collection.

Apple needs to play nicer with application developers because increasingly, Apple software is getting upstaged by Google and independent developers. I currently have 47 apps open on my iPhone. Only 2 are native Apple apps, Notes and Calendar. Apple’s valuable components are its brand, hardware design, and operating system design, and those are certainly valuable, but if every popular non-Apple app suddenly gave Apple the middle finger, the loyalty to its pretty hardware and intuitive operating systems would evaporate as rapidly as Apple releases new iPhone models.

I mostly hate Facebook and think its ad platform is cumbersome and provides mixed results. I mostly love Apple and can’t imagine switching back to Windows or dealing with an Android phone. But in this skirmish, I lean much more towards Facebook’s point of view. I’d be curious to hear what you think.

What do you think? Cancel reply

Hey there! Pardon the interruption, but I just wanted to make sure you heard the news that we are hiring! We are looking for a Digital Marketing Specialist to help manage JCM’s growing client portfolio, and the ideal candidate will have interests and skills across all aspects of JCM’s work. The opportunity offers a full-time base salary plus performance-based commission and benefits including fully-covered healthcare premiums, profit-sharing, and retirement options.

If you or someone you know might be interested, have them check out the job description and send us a cover letter and resume.

Have a great day,

How Can We Help?